Blog
Home » It’s Time to Recognize the Value of Resilience 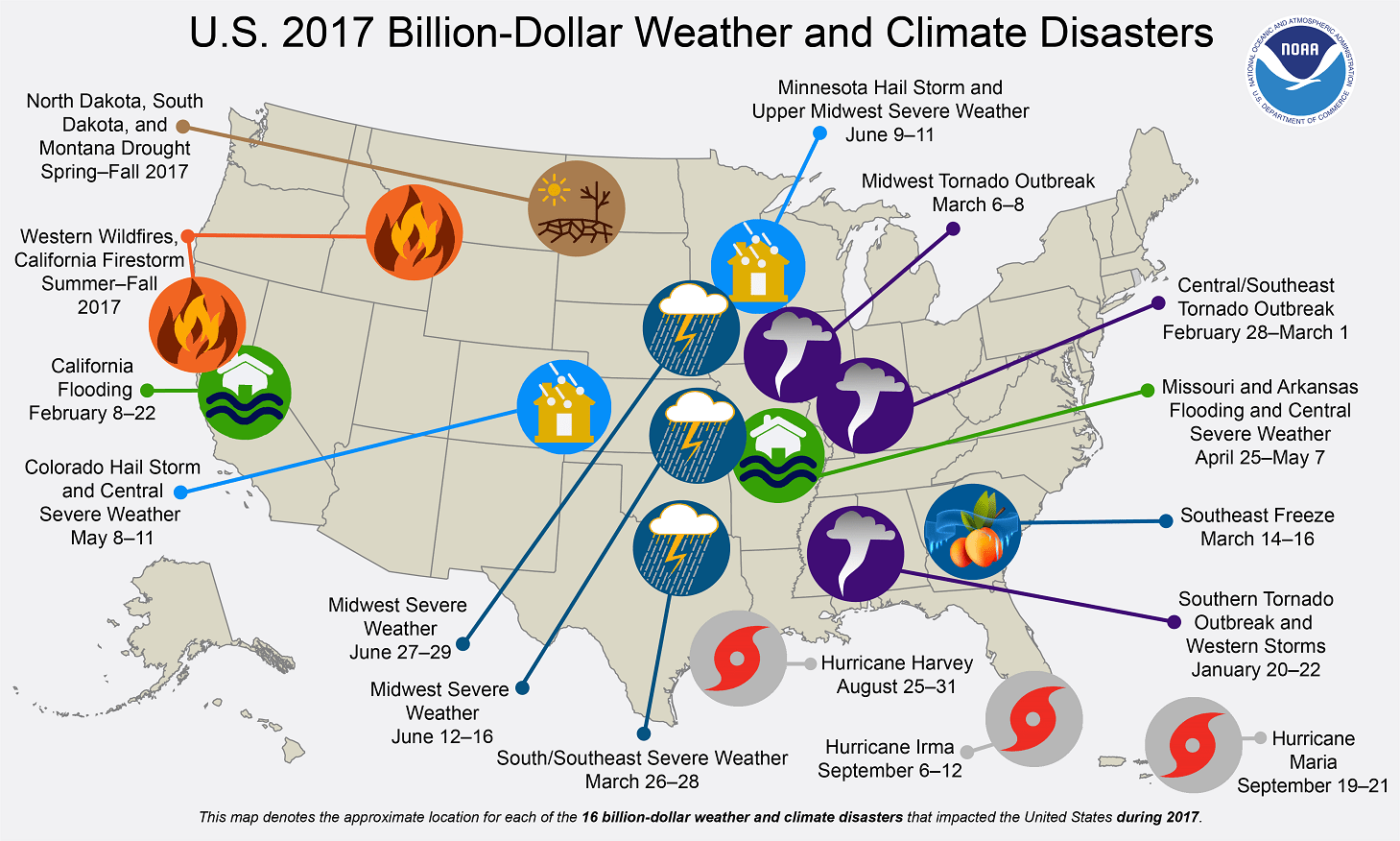 It’s official, 2017 was the costliest year for weather-related losses in U.S. history. Hurricanes Maria, Irma, and Harvey each accounted for billions of dollars in damages, significantly adding to the total cost figure of $1.5 trillion dollars from more than 200 events throughout the year. Hurricane Maria, in particular, set a new record for the longest power outage, plunging Puerto Rico into a humanitarian crisis with about half the island still powerless.

Despite these astronomical numbers and a heightened awareness of the need for greater resiliency, it remains the case that building managers and business owners do not typically attribute any monetary value to power outage-related economic losses that clean, resilient power systems could partially or completely avoid.

Because of this, the value placed on installations of solar PV paired with battery storage (solar+storage) systems to avoid power outage losses is zero; that is, the resiliency benefits of these systems have no economic value in project financing considerations and are essentially ignored when making technology investment decisions.

This is a problem. Extreme weather and related power outages clearly come with a price tag ($18 billion to $33 billion annually, according to a 2013 report by the U.S. Department of Energy), but these potential costs are not typically accounted for when considering the potential benefits of a resilient power system. The result is that fewer solar+storage systems pencil-out to make economic sense than would be the case if the power resilience they provide was accurately valued. Because of this oversight, more businesses and communities will fail to make needed investments in resilient power systems and will continue to remain vulnerable to the power outages during the next disaster. A paper released by the National Renewable Energy Laboratory (NREL) and Clean Energy Group (CEG), Valuing the Resilience Provided by Solar and Battery Energy Storage Systems, confirms that placing a value on the benefits provided by solar+storage technologies during power outages can significantly boost the economics of these projects.

The researchers found that valuing resilience tends to result in larger optimal solar+storage system designs, which can make solar+storage economically viable in cases where it might not be otherwise.

For example, the study found that valuing resilience in an economic analysis for a solar+storage project at a school in California would increase the optimal size of the solar PV system by 20 percent and increases the battery storage capacity by more than 13 times. By avoiding losses and increasing cost reductions, the resulting system doubled the lifetime benefit of the project.

Without assigning a value to avoided outage costs, a hotel in California would not readily opt to install a solar or storage system; but, when the value of avoided losses is incorporated into the decision, a 363-kilowatt solar PV system paired with 60 kilowatt-hours of battery storage would become a fiscally sound investment.

While these results are for hypothetical scenarios, the value of avoided losses and the impacts from outage costs that were modeled represent real-world data from utilities and their customers. The expense of power outage-related losses can be devastating to businesses.

In the case of Puerto Rico, the secretary of the island’s Department of Economic Development, Manuel A. Laboy Rivera, estimated that the economic loss to Puerto Rico’s businesses from Hurricane Maria is at least $20 billion; others have put the estimate as high as $40 billion. According to Mr. Laboy Rivera, “the lack of power is the root of everything.”

The cost of outages can be even more severe when you consider the impact on lifesaving services, such as first responders, emergency shelters, water treatment facilities, and medical clinics. Power outages are a nuisance for everyone, but, for those dependent on devices like respirators or medications requiring refrigeration, access to electricity can become a matter of life and death.

Backup generators, the go-to solution for resilience, have proven unreliable. A paper published after Hurricane Katrina noted that many diesel generators in the New Orleans area failed immediately due to flooding. Others soon ran out of fuel due to supply issues or failed due to lack of maintenance. Flooding was again a problem for generators at a Texas chemical plant during Hurricane Harvey. The ongoing situation in Puerto Rico was described by a New York Times reporter as “an epidemic of broken generators.”

Unlike generators, which tend to sit idle 99 percent of the time, solar+storage systems can operate and deliver electric bill saving throughout the year. In some areas, solar+storage can generate additional revenue by providing grid services, like frequency regulation, or participating in utility programs such as demand response. The resilience benefit of solar+storage is also not limited by fuel supplies. As long as there is adequate solar to charge the batteries, a solar+storage system could potentially deliver power to critical loads indefinitely during an extended outage.

The resilience benefits of solar+storage and the high costs of power outages are not just theoretical. A recent 11-hour power outage at Atlanta’s international airport, which occurred when a fire disabled both the main and backup power systems serving the airport, may cost Delta Airlines up to $50 million—that’s about a $4.5 million per hour loss while the power was out.

During Hurricane Irma, 29 Florida schools equipped with solar+storage were called upon to act as community emergency shelters. Solar+storage also powered individual homes as 7 million customers across the Southeast were left in the dark, and kept traffic lights running in the town of Coral Springs, Florida. Solar+storage has proven its worth in non-disaster situations as well, powering the 2,800 residents of Borrego Springs, California during an outage due to planned grid maintenance by San Diego Gas and Electric.

CEG and NREL’s analysis shows that the value of resilience can and should be incorporated into any investment decision involving resilient power technologies. The key takeaway from the paper and recent disaster events is that energy resilience and technologies that can help boost resilience have value. Investing in technologies that can avoid outage-related losses can make a lot of economic sense, and not accounting for that benefit could ultimately cost people money, or worse. By valuing resilience now, solar+storage could be installed before the next storm hits, instead of as an afterthought, as in the case of Puerto Rico.

If you’re interested in learning more about the paper, Valuing the Resilience Provided by Solar and Battery Energy Storage Systems, CEG will host a webinar with NREL on Wednesday, March 14 to discuss the findings. For more information on this free webinar and to register, visit www.cleanegroup.org/webinar/valuing-resilience-solar-battery-energy-storage.

This article was also posted in The Energy Collective.

Will 2018 Be Another Good Year for U.S. Offshore Wind?

The Launch of a U.S. Offshore Wind Industry
Scroll to top
Send this to a friend