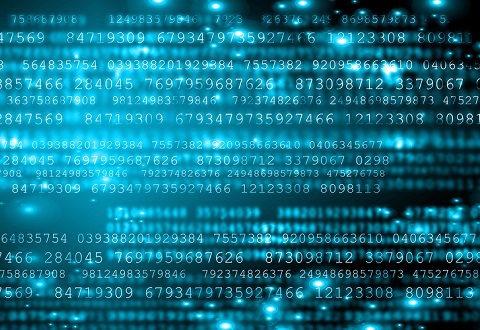 The simplest things often stand in the way of progress.

A case in point is energy data and battery storage. For utility customers to understand how batteries could lower their electric bills, they need to understand how their building uses energy throughout the day. But in many places across the country, it’s extremely difficult, if not impossible for customers to get access to that basic information. In many cases, utilities don’t even have the data. When the data is available, it can be time consuming or costly to retrieve.

This is a growing problem. Utilities are increasingly shifting their customers to more complex rates structures, such as time-of-use (TOU) rates that vary electricity pricing throughout the day and demand charges that bill customers for the highest rate they use electricity.

Despite the added complexity of these rates, the only insight many ratepayers have into their energy usage are a few line items on a monthly bill – leaving them with little to no idea how to go about responding to utility pricing signals and reducing their electricity expenses. Customers are forced to pay these charges without any information about how to reduce them – an energy Catch-22.

This issue can hit small nonprofit organizations, like affordable housing providers and those providing essential services to disadvantaged communities, the hardest. These organizations face the same electric charges as larger companies but often have less access to their electricity data and fewer resources to obtain and interpret the data if it does exist.

It is unfair and inequitable. Smarter policies need to be enacted to correct this injustice.

As for battery storage, simply put, utility customers need access to detailed (at least hourly) energy usage data to determine the value of batteries for their home or business. Today, lack of access to this data represents a major barrier to many customers across the country. Without knowing exactly when a building is using electricity and how much electricity it is using at different times throughout a day or billing cycle, customers are left in an information dark alley.

Without access to information about their energy use, customers can’t reliably determine the value proposition for advanced energy management tools like energy storage or even the true value of solar –especially under TOU rates or net-metering structures where exported energy is compensated at less than the retail rate. This means that customers can’t maximize savings on their bills. It also undercuts the potential for solar and storage to deliver other benefits, such as providing energy resiliency in a storm.

This exact data barrier was cited in arguments against residential demand charges proposed and, despite extreme opposition, approved in Massachusetts in 2018. As argued by the northeastern advocacy group Acadia Center, “Given the lack of sophisticated metering in Massachusetts, there is no way for consumers to know what time this peak [demand] occurred and what actions could be taken to manage these charges. As a result, consumers will be paying the highest possible rate for this [demand] charge without being provided the information needed to understand the cause of these costs.”

This data problem is in no way limited to Massachusetts consumers. A 2017 report issued by the Federal Energy Regulatory Commission (FERC) estimated that, by the end of 2015, only around 40 percent of utility meters were capable of recording detailed electricity usage data, often referred to as “interval data”.

Within those numbers, FERC found wide disparities in advanced metering deployment – ranging from less than 10 percent of commercial customers in the greater New England region to more than 80 percent coverage in Texas. Since 2015, the penetration of advanced metering has risen to around two-thirds of customers but access to data has remained a persistent issue.

Oddly enough, these advanced utility meters are missing in the most unexpected places. New York raised the bar for state energy storage goals with its 1.5-megawatt target and is often held up as a leader in energy innovation due to its ongoing Reforming the Energy Vision (REV) process. Despite these innovative goals, in New York City, there is a severe lack of advanced meters among affordable housing and community services facilities.

That means the owners and operators of these buildings, many of which face some of the highest demand charges in the country, don’t have the most fundamental information to judge whether battery storage technologies could help reduce operating expenses, while potentially adding much needed resilience benefits.

Other regions are leading the way on data access. Some utilities, such as California’s three big investor-owned utilities, have made interval data access relatively simple and easy. Each of the utilities allows for customers to access their data through a service called Green Button. (The Green Button standard was initially created with support from the U.S. Department of Energy and the National Institute of Standards & Technology to give customers easy access to their energy data in a consumer-friendly format.) Through Green Button, California utility customers can download their data and analyze the economics of storage with free software like the National Renewable Energy Laboratory’s REopt Lite optimization tool or share it with a third party for analysis.

But California may be more the exception than the rule as far as data access goes. Through our work on the Resilient Power Project, Clean Energy Group has encountered data access issues time and time again when trying to assist affordable housing owners and critical community facilities in figuring out if solar and battery storage makes economic sense for their properties. Many of the groups we work with are initially unaware of whether interval data is even available for their property, much less how to go about accessing it.

In Portland, Oregon, a partner of ours spent several months going back and forth with the local utility, Portland General Electric (PGE), to gain access to interval data for several low-income properties being evaluated for solar and battery storage. PGE has the data and knows how to get it, but the process of identifying the right person to talk to and which forms to file was aptly described as an “exercise in persistence”. Data access posed a needless barrier to the work, sucking up time and resources that many organizations cannot afford to spend.

Back to Massachusetts. For those customers fortunate enough to already have advanced metering in place at their facility, the process has been simple. Boston-area customers can submit a request to the utility, Eversource, and, for a small fee, data access is allowed for a limited time. Not ideal for folks interested in continually or even periodically monitoring energy usage, but at least functional for a one-time analysis.

Those without advanced metering have a difficult choice to make. Despite being subject to very high demand charges, accounting for more than half of electricity expenses for some customers, many Eversource customers don’t have advanced meters installed.

We’ve worked with several affordable housing providers in the Boston area struggling with this issue. Their limited options are:

It’s not the most promising list of options. Paying for utility meter upgrades or energy data loggers can be prohibitively expensive for many organizations.

The solutions to this data problem should be simple.

Flat rates are increasingly becoming a relic of the past. As the grid and corresponding utility rate structures evolve, customers should have a right to access to their own electricity usage data to respond to and evolve with them. This should be implemented as a default, standard practice for every electric utility consumer, not a decision left to the whims of utility executives and shareholder interests.

Free access to this energy data should be a basic right in today’s changing energy regulatory environment.

Batteries Replacing Gas in California, Coal in Colorado and Indiana
Scroll to top
Send this to a friend
This site uses cookies to store information on your computer. By continuing to use this website, you shall be deemed to have consented to our use of cookies and to have accepted our website Privacy Policy.OKPrivacy Policy