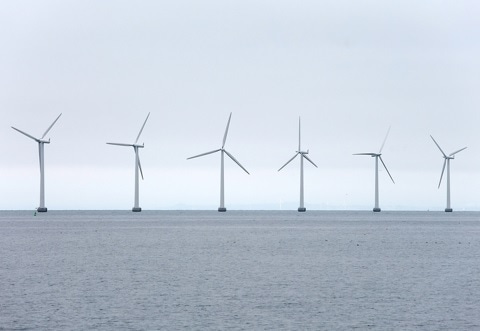 Energy storage incorporated into renewable energy projects can have multiple benefits for transmission systems and the projects themselves. Such solutions have been proposed alongside grid-scale land-based wind and solar projects, whose intermittent generation and off-peak power production don’t necessarily align with load demands. Energy storage solutions can buffer intermittency and eliminate renewable energy curtailment, while providing dispatchable power.

Deepwater Wind has proposed battery storage from Current, a GE startup that combines GE’s energy storage, solar, and LED businesses. Deepwater ONE would use two lithium-ion battery storage facilities on Long Island to store 15 MW of energy. Deepwater expects the storage solution to eliminate the need for larger, costly transmission cables, thereby improving the value of wind energy for both the company and Long Island.

Statoil’s Batwind pilot project will incorporate a lithium-ion battery with its 30MW floating OSW farm. The pilot is being developed in cooperation with the Scottish Government, the Offshore Renewable Energy Catapult, and Scottish Enterprise. The company hopes to optimize the energy from OSW to the grid, improving reliability and cutting costs.

Both Deepwater Wind and Statoil proposed energy storage systems as cost-effective solutions for their OSW projects. The addition of storage eliminates the need to build large, costly transmission cables engineered to transmit peak power levels; instead, the cables can be built to accommodate average loads. In addition, incorporating energy storage solutions into OSW developments would have the same benefits as it does for other renewable energy systems:

Although pairing energy storage with intermittent renewable energy resources has many grid and climate mitigation benefits, the economic value of pairing energy storage with offshore wind depends on many factors such as load conditions and power generation availability. On the east coast, proximity to load centers and peak-power coincidence need to be considered, as well as the availability of other peaking resources, market forces, and project economics. A detailed cost study of energy storage solutions for east coast OSW would help address the costs and benefits of pairing storage with OSW. The great promise of offshore wind, and its potential additional benefits when paired with energy storage, make this an idea worth pursuing.