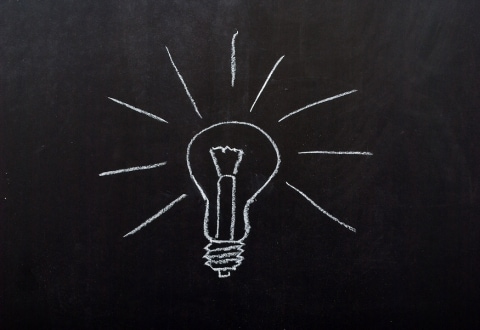 In “The High Cost of Renewable Electricity Mandates,” Robert Bryce of the Manhattan Institute argues that states should suspend their renewable portfolio standards (RPSs), which require an increasing share of electricity to come from new renewable energy projects. As his primary argument for halting renewable energy development, Bryce proclaims that “our analysis of available data has revealed a pattern of starkly higher rates in most states with RPS mandates.”

Yet Bryce ignores the most credible evidence about the price impacts of RPSs: the reports of states that manage RPS laws. Three of the states he looks at have actually analyzed whether RPS laws raised rates.

In January of this year, a review of Maine’s RPS, commissioned by the state’s Public Utilities Commission and mandated by the legislature, found that the impact on retail customers’ monthly electric bills had been only 0.6 percent in 2010, and will likely still only be 1.9 percent in 2017.

More strikingly, New York found that its RPS actually led to a reduction in retail electricity rates, because renewable energy projects ended up suppressing electricity prices at times when electricity use was at its peak.

In comparison to these solid studies, Bryce’s analysis is simplistic and misleading. His lead findings are that the average price of electricity is higher in the 29 RPS states and that eight of the 10 states with the highest prices have an RPS. While this may sound convincing, Bryce omits that back in 1990, before any of those states had an RPS, the list of the most expensive states was virtually identical, with the only difference being that an RPS state (Illinois) has now dropped off the list and been replaced by one without an RPS (Vermont). The report tells a similarly incomplete story with a list of states with the cheapest electricity, again ignoring the extensive continuity since well before most RPSs were implemented.

The report also compares seven coal-dependent states with an RPS to seven coal-dependent states without an RPS. It finds that, since 2001, prices have gone up faster in the states with an RPS. However the two groups are not as good a matched set as Bryce asserts. Among the many differences, the seven states with an RPS started off with rates that were 11 percent higher. In addition, the two states with the highest increases — Delaware and Maryland — are in a very different region, with different cost factors than the states on the other list. The RPS in Ohio is so recent and affects such a small share of the state’s electricity (1.5 percent in 2011) that it cannot possibly have been a major factor in overall electricity prices. And South Dakota, a non-RPS state with very low price increases, gets more than half of its electricity from hydro (a 10-times-larger share than any of the seven RPS states).

Most of the rest of the report is a kitchen-sink attack on renewable power, filled with disconnected anecdotes from press reports, random quotes, and one-sided, biased attacks. In the midst of all this, it makes one reasonable recommendation: that there should be more cost-benefit studies of RPSs.

Most states with RPSs would agree with that, and take program evaluation seriously. For a variety of technical reasons, it is difficult and costly to undertake a full, accurate cost-benefit study. But more states will be rolling them out in the coming years.

States should — and will — continue to study the impacts of their renewable energy policies, and make policy adjustments when warranted. In the meantime, the Manhattan Institute’s report, which ignores the facts and is more propaganda than sound public policy analysis, does not justify suspending policies that are improving the environment and diversifying our nation’s electricity supply.

New CESA Report – “Designing the Right RPS”
Scroll to top
Send this to a friend
This site uses cookies to store information on your computer. By continuing to use this website, you shall be deemed to have consented to our use of cookies and to have accepted our website Privacy Policy.OKPrivacy Policy