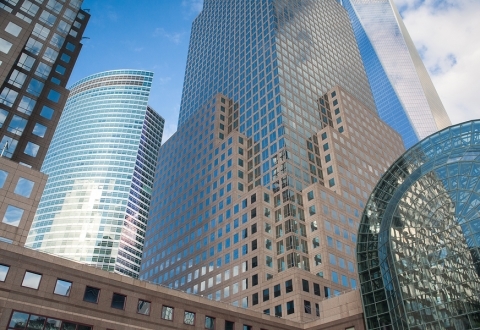 In the wake of Tesla’s recently announced entrance into the stationary energy storage market, there has been a wave of analysis of what this might mean for residential and commercial utility customers. The bulk of the headlines have centered on the sleek residential Powerwall, but far fewer have investigated the implications of Tesla’s commercial-scale product, the Powerpack. In a new report, titled US Solar & Alternative Energy: The Real Battery Storage Opportunity, the global financial research company UBS sees commercial and industrial (C&I) customers as the market opportunity for Tesla and other energy storage companies.

According to the report, the reason why residential systems may not offer as many economic benefits at this time, while C&I systems have the potential to net a positive return, has to do with how each customer segment is billed for its respective electricity use. Residential utility customers are billed based solely on the volume of electricity consumed, measured in kilowatt-hours (kWh). Commercial customers are also billed on a volumetric basis, but in addition, they pay a demand charge, a fixed charge calculated on the highest magnitude of electricity used each billing period, measured in kilowatts (kW). Demand charges can be significant, accounting for 35-40 percent of a C&I customer’s electricity bill in some parts of the country.

This maximum level of electricity demand is known as peak demand. By selectively discharging when a customer’s level of demand reaches a certain kilowatt threshold, energy storage can act to effectively cap peak demand – a process called peak shaving. The process is all managed through intelligent control system software, which can learn a building’s energy use trends over time to optimize energy storage performance accordingly. Reduced peak demand translates into fewer demand charges and lower customer utility bills.

So, residential customers do not pay demand charges, while commercial and industrial customers do. And it is in those demand charge markets where commercial battery storage will likely make the first foray – because reducing those charges is a straight economic play with a good rate of return. In fact, UBS estimates that energy storage as a way to reduce these demand charges is already economical in several U.S. markets, including parts of California and New York City.

The UBS report models the 20-year internal rate of return (IRR) for an energy storage system costing $400 per kWh, a price point UBS predicts will be reached by 2018. Tesla’s Powerpack is already approaching this target at about $50,000 installed cost for a 100 kWh system, or $500 per kWh. The report finds that energy storage systems begin to show a positive IRR at a demand charge of around $10 per kW. At a demand charges of $16 per kW, the IRR comes in at about 7 percent. A $20 per kW demand charge produces a return of about 12 percent. Demand charges in certain California and New York markets are already in the $30-$40 per kW range, meaning the economics are likely to be favorable even at today’s energy storage prices.

UBS goes on to note that additional value propositions, such as payments for participation in ancillary services and demand response programs, can further improve the economic argument in favor of energy storage.

One component that UBS fails to quantify, or even mention for C&I customers, is that energy storage systems can be set up to island, or disconnect from the grid, in the case of a grid outage. When islanded, energy storage can provide backup power for customers, allowing them to continue operations when the grid is down. While energy storage systems designed for demand charge reduction or ancillary services may not be able to power all of a facility’s systems throughout a power outage, they can certainly take on a reduced or critical load, augmenting the capabilities of existing backup generators and extending the lifetime of onsite fuel supplies during extended outages. When combined with solar power, a storage system could theoretically supply resilient power to critical loads for an unlimited duration.

In comparison to C&I customers, the UBS report finds that residential customers will have less financial incentive to purchase energy storage systems. UBS specifically examines the case of batteries for backup power as compared to fossil-fueled generators. Though the numbers for residential storage look less favorable as an alternative to natural gas generators, UBS fails to look beyond economics alone. The fact is, lithium-ion batteries offer a lot to like as opposed to generators. Generators can be ugly, noisy, and polluting, they are limited by available fuel supplies; and they emit carbon monoxide, a dangerous gas that can be fatal if not properly vented.

Lithium-ion batteries have no emissions, are quiet, and while looks aren’t everything…have you seen the new Tesla battery yet?

Energy Storage Comes of Age in New York
Scroll to top
Send this to a friend
This site uses cookies to store information on your computer. By continuing to use this website, you shall be deemed to have consented to our use of cookies and to have accepted our website Privacy Policy.OKPrivacy Policy