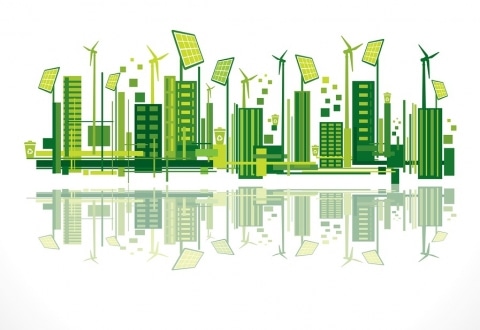 Why is it that the Defense Department is more innovative than the Department of Energy on technology development? Recent moves by DOD put it further ahead of DOE, which should be playing catch up with DOD to use more modern innovation strategies to promote clean energy technologies.

The latest, very clever move by DOD is to use “crowd sourcing” to create new defense technologies. As blogger Tina Casey at the Talking Points Memo puts it:

At first glance it seems like a fairly routine military tech project: DARPA, the Defense Advanced Research Projects Agency, is developing a miniature unmanned air vehicle that can be carried into the field in a rucksack and sent out to a remote urban location, where it will find a spot from which to perch and transmit surveillance video.

The technology for this vulture-like “Perch and Stare” device is within reach, but DARPA has taken a rather extraordinary approach to getting the concept into production.

Rather than contracting out with domestic research institutions or defense industry companies, DARPA has extended a welcome mat to everyone around the world through an elaborately crowd-sourced competition called UAVForge, which launched last May.

As most know by now, crowd sourcing refers to tapping the global brain to come up new products and ideas. Rather than rely on the same old contractors or consultants, a company or an agency reaches out through the Web to find new ideas from around the world, often from experts who would never have thought about the problem.

Crowd sourcing also is referred to “collective intelligence” or the “wisdom of the crowds.” At a basic level, it means that simply bringing the smartest, similar people together from one company or one agency won’t be the best way to solve the problem.

This has been the old way of doing things, and is generally still the DOE approach to innovation – give money to national labs or groups of university experts in one or two places and hope for genius results.

This new open innovation approach is based on reaching a “diverse” crowd, not the same old experts, no matter how smart they may be. “Crowd sourcing shows that breakthrough solutions more reliably come from a diverse enough set of minds to go at the question from different angles without the bias inherent in like-thinking people.” And this crowd must be qualified and not too big or too small. But doing it is the way that new companies are developing new products all the time.

That is the brilliance of this DOD DARPA approach, according to a DARPA representative.

The objective is to facilitate the exchange of ideas among a loosely connected international community united through common interests and inspired by innovation and creative thought.

He added: “We seek to lower the threshold to entry for hobbyists and citizen scientists, hoping to yield greater innovation, shorter timelines, better performance and more affordable solutions.”

So where does the DOE stand on these new technology innovation strategies? You would think that it would be out in front to develop new technology solutions to climate change, with advances in solar, wind and other clean energy problems, using the largest source of expertise – the world’s global brain.

But you would be wrong.  For the last few years, CEG has tried to get DOE to use these new approaches to guide its technology development and commercialization strategies. We have gotten nowhere.

Now it is true that DOE has used various prize awards in some technologies like vehicles or lighting. These are nice, one off small experiments. But at DOE there is no systematic use of these innovation tools to better use its $5 billion research budget and turn it into cutting edge products.

It is too bad that the agency charged with developing our new energy future can’t even use today’s most modern technology innovation strategies. It is even odder still that the Defense Department and leading corporations get this, and show much more forward and creative thinking. But DOE is stuck in the good old days of Bell Labs, where a smart group of scientists hung out together and solved the problems of the world.

But that model went out the window with open source software and open innovation in the corporate world, more than a decade ago. Corporations now use global product development experts from around the world to make products quicker, cheaper and more customer-friendly.

Unfortunately, DOE is not the only climate technology agency behind the times. There is very little attention to this new wave of doing technology innovation at the international climate discussions.

But to get back home, we never think it is too late for the federal government to catch up with the rest of the world. But time is running out. As DOE battles on many fronts, it might figure out that it can’t solve all of our new clean energy problems using old strategies.

Maybe some top officials of DOE need to take a cab to the Pentagon and learn a few things about the future of technology innovation.

State Support for Clean Energy Jobs: A Way to Avoid Congressional Gridlock and...

Power Outages and Natural Disasters: Which Ones are Avoidable?
Scroll to top
Send this to a friend