Blog
Home » The End of the Electric Utilities? The Industry Thinks So Too 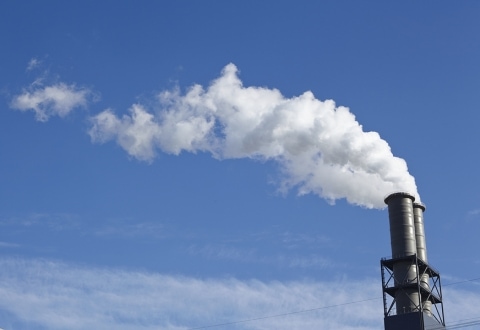 Will electric utilities go the way of black rotary-phones and daily print newspapers, squeezed out by technology innovation, competition, stranded capital costs, and consumers wanting to make their own electric power?  If you said yes, you are not alone.

In a publication that got too little attention when it was released in the dark days of this past winter, the electric industry’s trade group, the Edison Electric Institute (EEI), issued one of those reports that industries rarely write.  Written and paid for by the trade group, but not endorsed by it, it is a remarkable self-analysis. In it, advisers to EEI admitted that the very survival of electric utilities is at stake from the increasing use of distributed generation technologies like solar and energy efficiency programs across the country.

The EEI report noted the success clean energy is having across the country, primarily due to several factors:  the decline in price of various renewable energy technologies, the increasing public support for clean energy, and the development of various new rate structures that promote distributed technologies. It also noted the “evolution in capital markets” that these technology companies are starting to enjoy, such as residential PV leasing models.  “This suggests”, says the report, “the potential to fund a large and growing industry.”

With clear eye on a troubling future, the report noted that “one can imagine the day when battery storage technology or micro turbines would allow the customer to be electric grid independent. To put it into perspective, who would have believed 10 years ago that traditional wire line telephone customers could economically ‘cut the cord’?”

The threats seem very real to the industry. “As the cost curves for these technologies improve, they could directly threaten the central utility model.”  More local clean energy could be “the ultimate risk to grid viability” and raise “the potential for irreparable damages to revenue and growth prospects. This suggests that an old-line industry with a 30-year cost recovery of investment is vulnerable to cost-recovery threats from disruptive forces.” The report pulled no punches:  “the threat to the utility model from disruptive forces is now increasingly viable.”

The harm to current investors in utility companies was stressed. That is because the industry now depends on low-cost capital from ratepayers and investors that could evaporate in the face of these risks. “The decline in credit quality will lead to a higher cost of capital, putting further pressure on customer rates. Ultimate capital availability will be reduced, and this will affect future investment plans.”

The report called this coming capital crunch ”the cycle of decline.” It is a death spiral “that has been witnessed in other technology-disrupted sectors (such as telecommunications) and other deregulated industries (airlines).”

And it cautioned utilities not to follow the example of other industries that saw disruptive change but failed to plan for it. “Disruptive forces, if not actively addressed, threaten the viability of old-line industries. Examples of once dominant blue chip companies/entities being threatened or succumbing to new entrants due to innovation include Kodak and the U.S. Postal Service.”

Reading like a warning in a stock prospectus, the report predicted that current utility investors might not see what is happening until it is too late.

In this stunning self-appraisal, the report did point to ways the industry could stave off these threats—through new business models, such as owning these new forms of clean energy at the customer level.  But it did not seriously lay out a vision for a new utility model for the 21st century.

Rather, following this dire diagnoses, much of the report was clearly designed as a cry for help from the state utility regulators, if not just a way to cry wolf.  It reads like a paper designed to put the fear of god into state officials, so they would come up with ways to protect the industry’s profits and viability in the face of these new technologies.

But the industry did not seem like its heart was in it. The report reads like a losing army clearly understanding its enemies’ strengths, but bereft of any real strategy to defeat them. It is like the past fighting the future, and not really knowing, as it cannot, how to forestall the inevitable.

Growing clean energy into every sector of the economy, according to the environmentalists and clean energy advocates, is the wave of the future.

Looking into its rear view mirror in this cold eyed assessment, it is a future that the industry seems to see overtaking it as well.