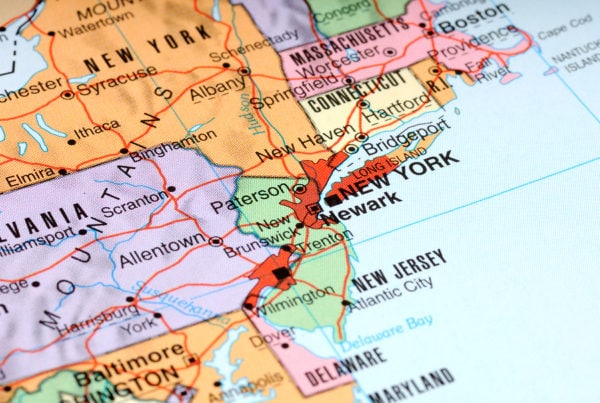 Last Friday, after a day and a half of auction proceedings, the Bureau of Ocean Energy Management declared Statoil Wind US LLC as the provisional winner of its New York Wind Energy Area lease sale. Statoil, a Norwegian energy company with global operations, is an experienced developer of offshore wind projects in Europe. The company brings its oil and gas sector expertise to developing offshore wind projects in challenging environments. It is one of the few companies working to commercialize floating offshore wind foundations and, most recently, announced that it would pilot a battery storage solution for offshore wind energy.

The announcement is clear indication of the growing market interest in offshore wind energy. Six bidders (including NYSERDA) participated through more than 20 rounds of bids up to $14.5 million. In the end, after 31 rounds of bids and two remaining bidders, the final bid was placed at $42, 469,725. This is the highest price a federal offshore wind lease sale has obtained. The lease area contains 79,000 acres and has five full outer continental shelf blocks; it has a projected capacity of 800 MW. It is located 14-30 miles off the shores of Jones Beach, NY.

Fourteen developers were qualified to participate in the auction—these included Deepwater Wind, DONG Energy, EDF Renewable Development, and NYSERDA. NYSERDA had announced its intention to participate in the BOEM auction in June 2016 to ensure that offshore wind cost reductions for retail consumers. Offshore wind is a critical component of the state’s 50% by 2030 Clean Energy Standard.

Had it won the auction, NYSERDA would have undertaken pre-development work such as environmental studies and site assessments, and then packaged the work with an off-take agreement before selecting a project developer through a competitive process. Such is the arrangement in Europe, which hosts a robust 11+ GW market; In Europe, state governments pay for crucial project development activities and, in some countries, even pay for the cost of transmission connection. (See the approach taken by the UK’s Crown Estate here.) Government involvement can streamline the predevelopment work and de-risk the project by providing an accurate assessment of the wind resource and sea floor substrate, thereby reducing costs. A Clean Energy Group-sponsored report found that pre-development activities generally cost between $30-50 million; the report suggested that these risks and associated costs be addressed before awarding sites to developers.

Prior to the auction, various developers had expressed general support for NYSERDA’s proposal. With the provisional lease in Statoil’s hands and no procurement mechanism in place, it is unclear what the next steps will be. Statoil has said it will work closely with NYSERDA on resource studies and site assessments, and on power off-take options. Regardless, it is exciting for offshore wind not only in New York, but in the US, to have another experienced European developer participating in this growing sector.