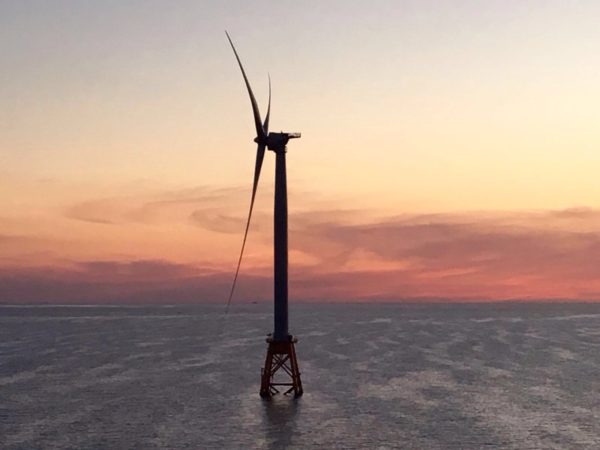 In the coming days, Block Island Wind Farm (BIWF), the nation’s first offshore wind project, will be delivering electricity to the grid. While the project is small by global standards, 30 MW total, it is a pioneer in U.S. waters and one with implications for offshore wind development in the US.

Rhode Island, home of the BIWF project, has long been a leader in offshore wind planning. The state, in anticipation of ocean development, launched a significant marine spatial planning effort that culminated in the 2010 RI Special Areas Management Plan (SAMP). The SAMP process included public outreach and many opportunities for public comment and participation. In addition, the SAMP identified areas potentially suitable for ocean development. Public acceptance and site selection for the BIWF were such efficient and smooth processes that other states have turned to Rhode Island for information about its marine spatial planning experience and advice on how best to engage with stakeholders in ocean planning. You can learn more about their advice and ocean planning in the Northeast from a recorded webinar in which we spoke with the University of Rhode Island and BOEM.

Coastal states are in various stages of ocean planning, site assessment, and environmental studies. The Northeast and mid-Atlantic region ocean planning bodies recently released their draft Regional Ocean Plan; both plans were approved by the National Ocean Council on December 7th. And the West Coast continues to gather information and coordinate federal, state, and local stakeholders around regional marine planning and the implementation of the National Ocean Policy. We will be speaking with 3 of the regional marine planning coast leads on February 2nd in a 90-minute webinar (details here).

Similarly, New York, in which BOEM will hold a federal wind energy area lease auction on December 15th, has plans to conduct site assessments and environmental studies within the lease area. NYSERDA’s first step will be to measure wind speed and ocean waves on the lease site and has released a draft plan, called MetOcean. NYSERDA also plans other pre-development ocean planning activities such as wildlife surveys, sea bottom geophysical studies, environmental impacts studies, and engineering specs for electric cables. All these activities may reduce risks and project costs, and support efficient project development.

The next two weeks will be important for offshore wind in the US as we eagerly await the powering of the trail-blazing BIWF and the selection of New York’s wind lease area developer on Dec. 15th. Twelve other offshore wind project proposals in various stages of development are competing to be the next wind farm under construction.

***
This blog post was also published on Renewable Energy World.