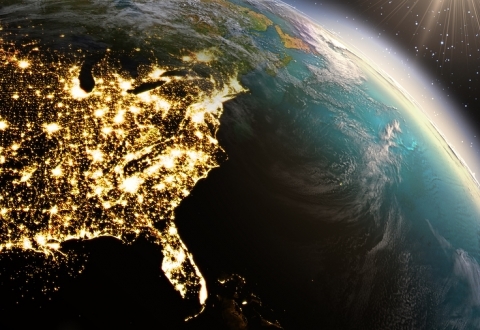 In the face of increasingly severe weather and power outages, more and more states are recognizing the importance of resilient power for communities and critical services. But in many parts of the country, viable markets to support resilient power technologies do not yet exist. Until such markets develop, states will need to step in by providing incentives and financing, lowering barriers, soliciting demonstration projects, and supporting the development of the emerging resiliency industry. In this context, Massachusetts has stepped into the spotlight with flagship programs and a serious commitment of resources.

Among the Northeastern states hit hardest by Superstorm Sandy in 2012, it was clear from the very start that Massachusetts took resilient power seriously, committing $40 million to the deployment of municipal-led systems in its Community Clean Energy Resiliency Initiative (CCERI). In 2014, the state issued 27 technical assistance awards for project feasibility studies, and 19 project implementation awards, of which 11 involve solar+storage technologies. Because many of these projects will serve multiple facilities, a total of 28 critical facilities, including schools/shelters, communications centers, first responder facilities and hospitals, will have resilient power thanks to state-funded solar+storage systems, with the balance of projects relying primarily on CHP systems. The grant-winning municipalities are geographically diverse, and the state program included an extra incentive for low- to median-income communities to participate.

Massachusetts Department of Energy Resources (DOER), which administered the program, still has $12 million to spend in a third round of resiliency funding. However, the state has recently upped its game, with the announcement of $10 million in new funds for energy storage deployment. The unveiling of this new Energy Storage Initiative coincided with the arrival of Judith Judson, recently appointed commissioner of DOER. Judson, whose service to the state dates at least to the Romney administration, is an expert in energy storage financials and markets, having most recently worked for Customized Energy Solutions, a firm serving storage developers and the industry.

DOER is not the only Massachusetts energy agency interested in resiliency and storage. Massachusetts Clean Energy Center (MassCEC) has supported energy storage technology advancement through its InnovateMass grant program, and is now seeking to put more resources toward its own storage demonstration projects. And the state Department of Public Utilities, under the new leadership of Angela O’Conner, also a champion of energy storage, is engaged in a grid modernization planning initiative that includes among its intended benefits increased reliability and resiliency of electrical services, investment in new technologies, and the integration of energy storage and microgrids into the state’s electricity infrastructure. Massachusetts utilities are required to formulate 10-year modernization plans incorporating these elements.

In order to provide some direction for all this new investment, DOER and MassCEC are cooperatively funding a two-part study to develop an energy storage roadmap for the state. In addition to expanding understanding of the opportunities for storage, the study is intended to identify the right amount of storage for the state’s needs, its applications, and the types of supports needed to bring the emerging energy storage industry to Massachusetts. The study is due early in 2016, and DOER anticipates issuing a solicitation based on its recommendations immediately upon its completion.

As I write this, the New York Times is reporting that a severe wind storm has left more than 380,000 customers without power in the Pacific Northwest. Clearly, widespread and long-lasting power outages are a universal problem, whether due to hurricanes, snow and ice, high winds, drought and wildfires, earthquakes, flooding, or more mundane equipment failures and human error. Lessons could be learned from Massachusetts’ commitment and leadership on this issue.

A Grid Submerged: The Case for More Resilient Power

Another Boost for US Offshore Wind: US-based General Electric Acquires France-based...
Scroll to top
Send this to a friend