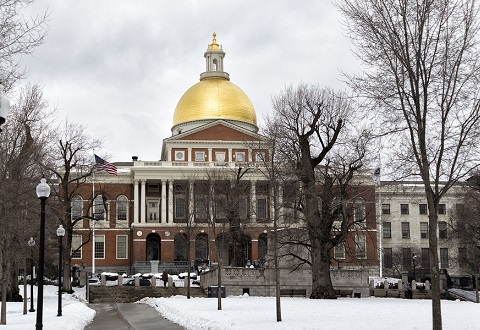 Energy storage has been the coming thing for years. Now, it’s arrived – as an efficiency measure.

At the end of January, the Massachusetts Department of Public Utilities (DPU) approved the state’s new three-year energy efficiency plan. For the first time, and with analytical support from CEG, it includes behind-the-meter battery storage. There’s a lot to unpack here, but the bottom line is that, despite a few shortcomings in the plan, Massachusetts is once again leading the nation on energy storage policy and advancing a huge new source of funding to support distributed battery deployment.

Why is this important?

This DPU order marks the first time a state has included batteries in an energy efficiency plan, and as such, it demonstrates a bold new direction for energy storage funding at the state level, as well as expanding the opportunities for behind-the-meter battery storage applications. The move to include battery storage was supported by original analysis and stakeholder input provided by CEG. The economic analysis, prepared by the Applied Economics Clinic (AEC), was presented to the Massachusetts Department of Energy Resources (DOER) and the Energy Efficiency Advisory Council (EEAC); it concluded that battery storage passes the required cost-effectiveness test, and therefore should qualify as an energy efficiency measure.

This is a significant victory because it has made batteries eligible for funding support from the massive Massachusetts energy efficiency budget. This budget, amounting to nearly $2 billion over three years, dwarfs any other clean energy grant or incentive offered by the state. And that is true for most states. According to ACEEE, state spending for electricity efficiency programs was $6.6 billion in 2017 (gas efficiency spending accounted for another $1.3 billion). The same report (2018 State Scorecard) shows that out of the 50 states and the District of Columbia, only Alaska, Kansas and North Dakota spent no money on electric efficiency in 2017. This makes state energy efficiency plans the most ubiquitous clean energy policy in the nation.

States with the largest energy efficient budgets include California ($1.4 billion/year), Massachusetts ($620 million/year) and New York ($450 million/year). Massachusetts is ranked first on the 2018 scorecard, which considers policy and program efforts in terms of performance, best practices and leadership. CEG is optimistic that given the reputation of Massachusetts as a leader on efficiency, other states will consider making behind-the-meter battery storage projects eligible for energy efficiency funding going forward.

So, despite some shortcomings, we see the 2019-2021 Massachusetts Energy Efficiency Plan as a watershed moment in the history of distributed energy storage policy in the US.

What was CEG’s role?

CEG has dedicated funding to advocate for energy storage in Massachusetts (thanks to the Barr Foundation and the Merck Family Fund). This enabled CEG to work with local NGOs, industry groups and state agencies to provide analysis, stakeholder input, and program design support to the state’s energy storage efforts.

When DOER requested a cost/benefit analysis to support the argument that battery storage should be in the efficiency plan, CEG contracted with Liz Stanton of AEC to produce a groundbreaking analysis, based on data and methodologies from the Massachusetts investor-owned utilities. The analysis showed that storage passes a Total Resource Cost test and, as such, should be included in the efficiency plan. CEG subsequently provided additional program design support and worked with our partner organizations in the state to get storage incorporated into the 2019 efficiency plan.

CEG is now preparing a follow-up report, also under contract with AEC, that will review and critique the new efficiency plan, as well as introduce new analysis on the dollar value of seven non-energy benefits of storage. This will begin to answer key questions such as, “what is the value of resiliency and grid reliability?” This new report, to be released in late February, could be used to support efforts by other states to follow the example of Massachusetts, by adding energy storage into their own efficiency plans.

What is being offered to Massachusetts customers?

For the first time ever, Massachusetts utilities will begin offering electric efficiency performance incentives for behind-the-meter active demand reduction measures, including battery storage. This means that customers installing batteries or other storage devices will be able to sign up for a five-year contract with their utility. At the end of each year, they will be paid an incentive payment based on how much they reduced their load (use of electricity) during peak demand times, in response to a signal from the utility. This program will be offered both to commercial and to residential customers (although a critical mass of residential customers from each area will have to sign up before the utilities issue contracts). It is anticipated that the program will be marketed to customers by third-party developers. HEAT loans (zero-interest loans) will also be available to customers purchasing storage equipment, but some developers plan to offer their own financing plans, which may include leasing as well as purchasing options.

The performance incentives being offered are $100/kWh average load reduction for a “targeted” dispatch program, and $200/kWh average load reduction for a daily dispatch program (daily dispatch would cycle the battery more frequently than targeted dispatch). The daily dispatch program will be offered initially as a pilot, and it will be expanded if results are good. For a commercial customer signed up for targeted dispatch, this could provide a modest but significant incentive. For example, a commercial customer installing a 60-kWh battery system might be able to earn $2,000/year or $10,000 over the five-year contract period. Theoretically, the commercial customer would also be able to engage in demand charge management behind the meter, for additional savings.

Only new battery installations would be eligible for an incentive. There is no requirement that batteries be paired with renewable generation, but customers could take advantage of both the efficiency incentive and the state’s SMART solar program, which includes a storage adder.

What are the shortcomings of the Massachusetts plan?

Despite its many important advances, the Massachusetts energy efficiency plan does have some shortcomings in terms of energy storage incentives and program design.

The biggest problem with the plan is that, despite the assurances of the utilities, it includes no provisions for providing energy storage incentives to low-income customers and communities. That is, it offers performance incentives to storage customers in the commercial and residential categories, but the “income eligible” category is left blank. This means that contrary to CEG’s recommendations, the plan does not include any carve-outs for low-income storage, nor does it offer additional incentives or financing for low-income storage. This is contrary to the state’s professed commitment to including low-income communities in its clean energy program offerings, and it is an issue that should have been addressed by the DPU.

This lack of low-income provisions was exacerbated when the DPU, responding to pressure from utilities, killed a proposal by Cape Light Compact to give batteries to 1,000 customers, free of charge. This Cape Light Compact proposal was the only part of the plan that included low-income customers in any way; by eliminating it, the DPU effectively excluded income-eligible customers from participating in energy storage through the energy efficiency plan. Cape Light Compact has been given until the end of September to reach an agreement with Eversource, which objected to its proposal; if an agreement cannot be reached by that date, the DPU will consider alternatives, including allowing Eversource to roll Cape Light’s customers into its own battery offering.

Another problem is that the cost-benefit calculations that form the basis for storage to be included in the energy efficiency plan are based solely on the energy benefits of storage, ignoring many non-energy benefits such as job creation, reduced land use, reduced grid outages, and higher property values. These non-energy benefits are commonly included in the cost-benefit calculations for other efficiency measures, but for some reason were omitted from the calculations for storage. If they had been included, storage would have shown a more positive cost/benefit ratio (in other words, better return on investment), which in turn would have supported a more aggressive program with higher incentive rates. CEG will address this in a new report that will assign dollar values to seven non-energy benefits of storage, as mentioned above.

What is the Impact?

Overall, the three-year energy efficiency plan is expected to drive the installation of 30-34 MW of behind-the-meter battery storage in Massachusetts over three years. This is significant, because despite its many storage grant programs and policy initiatives, and despite a very positive economic environment for commercial storage, there is very little behind-the-meter storage currently installed in Massachusetts. Until now, the state has focused on large, one-off storage grants for demonstration projects and microgrids. While these sorts of projects are useful to demonstrate the technology, they are not a viable incentive for developers and have not been sufficient to jump-start the storage industry in the state. Developers have indicated that they were waiting for an incentive program to be offered.

The bottom line is that despite a few stumbles along the way, Massachusetts is now the first state in the nation to include energy storage in its energy efficiency plan. Of course, there’s more work to be done, both in Massachusetts and in other states, which now must reexamine their own electric efficiency programs and consider adding battery storage as a new type of efficiency measure. However, this new direction in Massachusetts should be hailed by energy storage advocates as a pivotal moment in the development of state policy for behind-the-meter battery storage.

Health Care at Home: The New Risks from a Growing Trend
Scroll to top
Send this to a friend