Recently, some members of Congress criticized Energy Secretary Chu for “picking winners’ through his research and development programs like ARPA-E. This is an old canard that often comes from people who really think that the private sector alone, without government help, creates products and services.

The evidence is so overwhelming to the contrary that the debate seems almost one sided by now. Everything from computer chips to cars is a result of long-term government research and development—as well illustrated in a recent Breakthrough Institute report.

The argument against picking winners is especially wrong for emerging technologies that require deep and persistent public support.

In the late 1990s, two Harvard professors in a book titled “Investing in Innovation: Creating Research and Innovation Policy that Works” demolished the myth that government should not be in the business of “picking winners.” And they came up with some surprising conclusions about the role of government in technology innovation.

Branscomb and Keller describe how this bias against a government technology role can lead to two incorrect conclusions:

…First, that markets do that most effectively; and second, that pork barrel politics is more likely to support the losers anyway. This neat two-step eliminates from the role of technology policy everything for which government is institutionally well-suited, from infrastructure building and investment incentives to support of skills training. It then notes that what is left is, of course, institutionally more appropriate for the market. The argument is legitimated simultaneously by our ancient faith in markets and our recent cynicism about politics.

They admitted that the “picking winners and losers argument” might apply to some government efforts but not to the development of new technologies. Here’s why:

Further, they confront another myth about government technology policy—that the federal government has in the past and in the future should only focus on R&D rather than commercial diffusion and use. Instead, they point out, in those areas where success has occurred, government has in fact played a much more expansive role than simply research and development.

The most unlikely proof is in the defense area. Referring to the post-World War Two period in the U.S. regarding defense industry support as the most obvious time when many government policy tools were used, they note:

In the defense area, the U.S. government did not limit its role to only R&D, the typical critic’s myth, but “to the successful launch and diffusion of a technology development path—a trajectory—whose characteristics corresponded to the requirements of the commercial marketplace.”

So to those who say, don’t pick winners, say it has always been so, and the country is better off for it. The alternative is to let losers win, and who wants that. 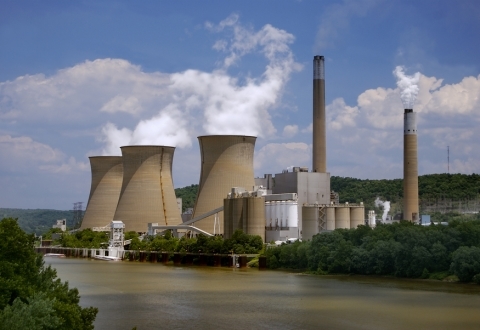 “A chain is no stronger than its weakest link, and life is after all a chain.”  ~William James

The reason the damaged nuclear plants in Japan could not retain power to cool the reactors or the spent fuel rods in holding tanks after the tsunami in March was because the backup power systems failed. First, the diesel generators became useless in the flooding waters, and then the batteries ran out of charge in about eight hours. Powerless, the plant became a radioactive holding tank emitting radiation into the atmosphere.

Now, the power company is reported to have restored electric power to the plants. But, the fate of the core and the spent rods is still in doubt. Explosions and fires and massive radiation releases still seem possible. The threat to public safety and the surrounding environment remains high.

This chain of improbable—defenders of nuclear say unpredictable and near impossible—events, demonstrates a simple fact about our power systems. The most sophisticated facilities rely on the most unsophisticated protections. The difference between safety and catastrophe often lies in small and unpredictable failures.

As the New York Times noted,

The threats considered most serious by nuclear engineers are problems that lead to a loss of power. Lack of power to run cooling systems for the reactor core and for spent-fuel ponds led to the explosions and release of radiation at the Fukushima Daiichi nuclear complex in Japan.

At the end of the day, very old technologies—diesel generators and batteries—are what stand between a functioning nuclear plant and a Chernobyl or a Fukushima Daiichi disaster. This simple fact has been touched on in the press coverage of this horrendous story. But the stark reality of this gap between old technologies serving as the lifeline to support nuclear power never gets enough attention.

All U.S. power plants, regardless of design, rely chiefly on the same form of back-up power that brought down the nuclear plants in Japan. Backup power was flooded and failed in Japan. This is precisely the kind of power failure we saw with Hurricane Katrina, which was also and ultimately a story of a power failure that caused untold consequences. In New Orleans, diesel generators, often located in basements of buildings, were flooded and did not work. Across the city, businesses and communications systems failed. The power system collapsed, and then civil order collapsed.

The same thing happened in the New York City blackout of 1999, about which I wrote an op-ed published in the New York Times. The generators were not flooded, but they still failed to do their job and keep the power on for critical public facilities, including hospitals, laboratories, and police stations.

Again and again, natural and other disasters bring down power systems by overwhelming the weakest link in the power system chain.

It is a form of electricity madness to continue to rely on machines that repeatedly fail to do the safety job that the public expects them to perform. Is it expecting too much for us to learn from these mistakes and look to new technologies to save us from preventable but enormous harm?