Blog
Home » The Solar+Storage Innovation You Didn’t Hear About 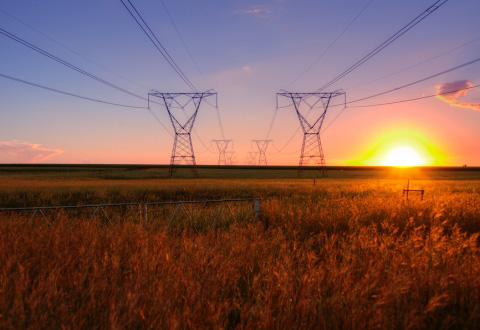 There’s so much going on in the world of resilient power right now, it’s hard to keep up: new state programs from Alaska to Massachusetts, record-breaking amounts of energy storage being installed, the Supreme Court poised to rule on FERC’s jurisdiction over regional energy markets, new product announcements from cutting-edge technology companies like Tesla.

But sometimes amid all the noise, important stories get overlooked. Here’s one you might not have seen, from a little-known startup called Tumalow.

The company doesn’t make or install batteries, nor does it make or install solar panels. What it does make is software to control the PV and batteries. Tumalow’s software uses historical electricity usage data from buildings to predict when the peak demand times will occur. By discharging the battery at the precise time to reduce peak demand, the company can save a facility half a million dollars each year in demand charges (a portion of a commercial or industrial customer’s monthly electric bill that is based on the fifteen minutes of highest demand in the month). Tumalow provides the battery free and splits the profits with the facility, so there’s no up-front cost to the customer, and immediate monthly savings.

But using the battery for fifteen minutes each month leaves a lot of down-time, during which the battery can be used for other purposes – and this hints at the rest of Tumalow’s business plan. A TakePart interview with founder Will Gathright yielded the following quote: “’It seems that a ton of smart people are making really amazing battery systems, but much less work is going into how to use the batteries after you make them,’ said Gathright. ‘If you’re clever on how you set it up, you have an amazing system, because you can control many distributed batteries as if they were one virtual power plant. We’re reducing demand charges for buildings, but it’s also a way to use the battery system to help the grid at large.’”

Translation: Tumalow’s share of the energy cost savings from individual facilities is just the beginning. The company plans to aggregate multiple installations to provide lucrative grid services, such as frequency regulation and demand response.

The best part? The company is targeting schools as its primary customer base, and its systems are configured to provide resilient power in case of grid outages.

Schools, of course, make excellent public emergency shelters, which is why there are more than 115 schools, designated as hurricane shelters, equipped with resilient solar+storage systems in Florida. Public schools serve all communities, not just the wealthy who might be able to afford residential backup systems, and thousands of schools across the nation are already equipped with solar panels. Supplying them with batteries at no cost, wiring them to provide resiliency benefits, and aggregating them to sell grid services is a no-brainer. And in an era of tight budgets and increasing property taxes, the cost savings should appeal to school boards.

The point here isn’t to promote a single company – Tumalow isn’t the only company targeting solar+storage in schools – but to focus attention on a crucial but under appreciated part of resilient power systems, which is the system controller. Gathright makes a good point: we have lots of companies making lots of cool batteries, PV panels and inverters, but to make money and provide a good service, the systems need smart controls that will make most efficient use of the battery’s capacity behind the meter, while allowing remote aggregation for the provision of valuable and needed services on the grid.