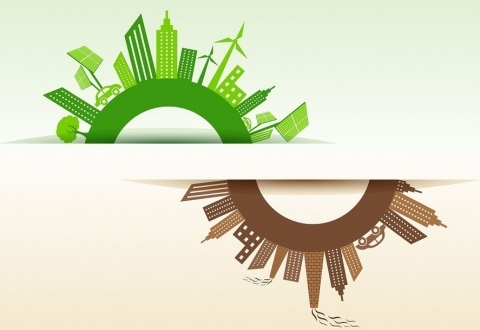 Every so often, an idea seems to take on a life of its own.  For example, a year or two ago, every energy blogger was talking about “solar soft costs,” and how to reduce them.  Recently, the phrase du jour is “utility death spiral.”

The two are actually related.

There have been several reports out recently predicting that solar + storage systems will soon reach cost parity with grid-purchased electricity, thus presenting the first serious challenge to the centralized utility model.  Customers, the theory goes, will soon be able to cut the cord that has bound them to traditional utilities, opting instead to self-generate using cheap PV, with batteries to regulate the intermittent output and carry them through cloudy spells.  The plummeting cost of solar panels, plus the imminent increased production and decreased cost of electric vehicle batteries that can be used in stationary applications, have combined to create a technological perfect storm. As grid power costs rise and self-generation costs fall, a tipping point will arrive – within a decade, some analysts are predicting – at which time, it will become economically advantageous for millions of Americans to generate their own power.  The “death spiral” for utilities occurs because the more people self-generate, the more utilities will be forced to seek rate increases on a shrinking rate base… thus driving even more customers off the grid.

This may sound a bit far-fetched.  After all, we all grew up with the grid.  Utilities have always been there.  But what if they weren’t?

The idea is being taken seriously by some heavy hitters of the investment world.  A couple months ago, Morgan Stanley set off a minor furor when it published a neat bit of research titled “Clean Tech, Utilities & Autos; Batteries + Distributed Gen. May Be a Negative for Utilities.”  More recently, Barclays downgraded the entire utility bond sector, saying utilities had not taken the existential threat posed by solar + storage seriously enough.

For a more detailed analysis, I recommend The Economics of Grid Defection by Rocky Mountain Institute (RMI).  This report is the subject of a webinar that Clean Energy Group will present on July 1, under the auspices of its Resilient Power Project.

The RMI report analyzes markets in five representative U.S. geographies (NY, KY, TX, CA, and HI).  The conclusion?  “The point at which solar-plus-battery systems reach grid parity—already here in some areas and imminent in many others for millions of U.S. customers—is well within the 30-year planned economic life of central power plants and transmission infrastructure. Such parity and the customer defections it could trigger would strand those costly utility assets…. The so-called utility death spiral is proving not just a hypothetical threat, but a real, near, and present one. The coming grid parity of solar-plus-battery systems in the foreseeable future… signals the eventual demise of traditional utility business models.”

Notably, some CESA states are taking steps to get out ahead of this seismic market shift.  For example, New York State has announced a project to revision its electric grid, and Massachusetts has become the first state to mandate grid modernization.  RMI itself suggests that utilities must find ways to integrate solar and storage technologies into their business models, rather than simply resisting all change.  A follow-up report on this topic will be forthcoming from RMI.