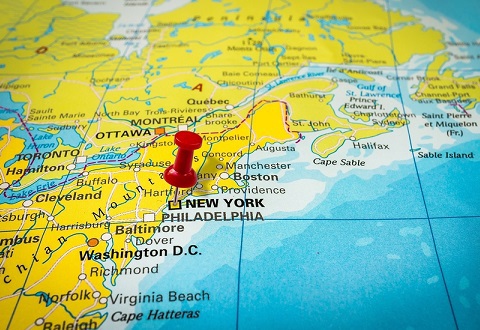 The New York State Energy Research and Development Authority (NYSERDA) announcement that it will participate in the Bureau of Ocean Energy Management’s (BOEM) auction of the New York Wind Energy Area is an exciting and potentially significant opportunity for offshore wind development. NYSERDA’s announcement came shortly after BOEM announced that it would hold a competitive auction for over 81,000 acres offshore Long Island and several months after Governor Andrew Cuomo revealed his administration’s commitment to developing an Offshore Wind Master Plan.

If NYSERDA wins the lease auction, it plans to conduct pre-development work and secure a power purchase mechanism before “re-auctioning” the development rights to the lease area. In its press release, NYSERDA outlined the steps it would take before opening a competitive bidding process for the wind energy area: environmental studies, site characterization, resource assessments, and stakeholder outreach. NYSERDA’s strategy will not only provide much of the needed scientific data for turbine placement, but also engage all stakeholders in early discussion about future development. The process is reminiscent of Rhode Island’s marine spatial planning efforts in which the state, under the leadership of the Coastal Resources Management Council, Rhode Island Sea Grant, and URI Coastal Resources Center, developed an Ocean Special Area Management Plan (SAMP) that identified a 13 square-mile zone as a preferred area for offshore wind development and streamlined the regulatory process for evaluating development proposals. The SAMP-identified zone enabled Deepwater Wind to secure permits quickly—within two years of its application. Delineating and refining development zones can help expedite the permitting process. Furthermore, pre-development site studies (geotechnical, meteorological, etc.) by NYSERDA could help minimize risks for potential developers who otherwise invest in these site studies without guarantee of construction permits.

While NYSERDA’s press release does not reveal a timeline for completing pre-development studies, the process could streamline and accelerate what is currently a lengthy siting and permitting process (approx. 7 years), rather than adding regulation, limitations, and delays to the process. The power procurement mechanism that NYSERDA would secure for the developer could accelerate finance and construction by providing revenue certainty.

From Oil to Offshore Wind

Report from BOEM’s New York Auction Seminar and Public Hearing
Scroll to top
Send this to a friend
This site uses cookies to store information on your computer. By continuing to use this website, you shall be deemed to have consented to our use of cookies and to have accepted our website Privacy Policy.OKPrivacy Policy