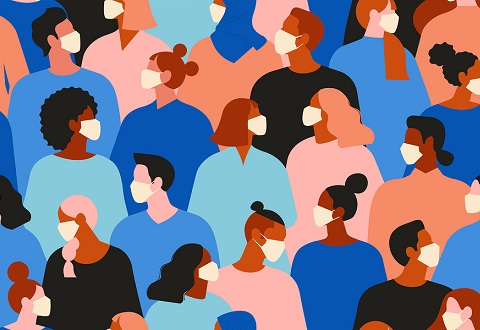 Like everyone, Clean Energy Group (CEG) has been forced to reassess its work and priorities in the wake of the coronavirus pandemic. All staff are working remotely and the state of Vermont, where the CEG office is located, requires all non-essential business to continue to work remotely until at least April 15. Beyond the operational challenges, the impacts of COVID-19 have already resonated in each of CEG’s program areas. This is especially true of Resilient Power Project initiatives, specifically Energy Storage and Health and Energy Storage and Peaker Replacement, projects aimed at improving energy equity through expanding resilient power access in historically under-resourced communities.

While the likelihood of a widespread blackout resulting from COVID-19 is unlikely, an outage caused by severe weather or a natural disaster is still very much possible. Hurricane season starts June 1 and wildfire season shortly after. Hospitals are mandated to have access to 72-hours of backup power, but (depending on the state) many critical facilities, such as medical clinics and nursing homes, are not required to have a backup power system. An outage now could be disastrous for critical medical facilities, service providers, and first responders already inundated with the sick and scared.

Our health system is already juggling shortages and capacity challenges; it simply cannot handle another influx. This week, over a 24-hour period in New York State, the number of hospitalizations grew by 40 percent to over 5,000 patients, almost 1,300 of which are in intensive care. While New York City is the current epicenter, other cities are quickly following suite (New Orleans is anticipated to be the next hot spot).

If an outage was to occur now, vulnerable residents that have so far been able to avoid exposure would be faced with challenging health decisions and hospitals may be forced to prioritize care, a seemingly impossible task. Nursing homes could be forced to move residents, further exposing them to risk. Home health care beneficiaries, who otherwise could continue their health routine at home, would be compromised as they either seek a hospital to plug-in their medical equipment or are brought there due to a medical emergency. All these challenging considerations would be in addition to the non-medically vulnerable residents that would also be left home in the dark and requiring basic services.

Equipping medical clinics, family practices, critical community facilities, and medically vulnerable households with resilient solar+storage can help to ensure that hospitals and health care facilities already dealing with a health emergency aren’t further stressed in the event of an outage. Family practices and medical clinics can utilize solar+storage to better serve the general public by powering lighting, refrigeration for vaccines and temperature-regulated medicines, and databases that house electronic health records. Solar+storage can power emergency lighting and basic services in a community room in assisted care and affordable housing developments, allowing residents to access refrigeration, wifi, and outlets for charging cell phones and medical equipment. For facilities that have a larger load, like nursing homes, solar+storage can complement existing generators by powering smaller loads separately, like lighting and communications, and allowing onsite fuel supplies to be used more efficiently. In each of these cases, solar+storage would enable providers to remain open and operational through an outage and benefit economically year-round through daily utility savings.

For the over 2.5 million people dependent on electricity for home medical equipment, solar+storage, or stand-alone battery storage, could be the difference between sheltering in place through an outage verses going to a hospital. While those with home hospital rooms or ventilators may still need to seek medical support, people reliant on a single device or refrigeration for medication could remain at home through an outage, or at least ensure enough time for medical support, such as a home aid or family member, to arrive.

In addition to improving health outcomes in the event of an outage, solar+storage can positively influence environmental conditions related to public health by reducing reliance on polluting fossil-fuel power plants. Oil and gas peaker plants are some of the power system’s most expensive and inefficient resources. These plants are predominantly located in low-income communities and communities of color and emit toxic pollutants when activated, oftentimes coinciding with days of already poor air quality and contributing to higher rates of respiratory disease in the surrounding community. In fact, one study found that residents exposed to polluted air in Texas were more likely to have preexisting health issues like chronic lung disease and asthma, and are therefore more likely to get seriously ill from COVID-19.

Air pollution has seen a significant drop since COVID-19, due to widespread power plant and industrial shutoffs or reduced operations. Entire communities that once had a difficult time seeing the sky through the smog are experiencing, perhaps for the first time, fresh air. When the economy restarts and industry opens, these plants will come back to life business-as-usual. Battery storage and renewables can serve as cost-effective, clean alternatives to peaker power plants. The best preparation for the next health crisis is to reduce the occurrence of chronic illness and underlying health issues in the general population by adopting cleaner alternatives such as solar+storage.

As we evaluate and re-evaluate the undoubtedly substantial and lasting impacts COVID-19 will have on our work and the work of our partners across the country moving forward, it is more evident than ever that resilient power is a critical component to improving health outcomes in the event of a crisis like the world is currently experiencing. By strengthening energy security in the home health and public health sectors and through mitigating the harmful health impacts of fossil-fuel powered energy infrastructure, solar+storage can help prepare communities and lessen the impacts of future crises. Two articles came out on the same day last month referring to the future of energy storage as an appliance increasingly found in every home, like heat pumps and air conditioners today. But are batteries really the next must-have gadget for your home? A new housing development in Utah may serve as a model for how to make this prediction a reality.

In response to a question about the evolution of energy storage products, a senior sales engineer at Panasonic, Daniel Glaser, stated that “eventually solar-plus-storage will be like air conditioning or HVAC.” Paul Daley, director of product and market strategy at OutBack Power, went even further, predicting that before the end of the decade, energy storage would become a mandated standard piece of equipment for new homes in some regions, like solar under California’s newly implemented building requirements. On the flip side, both industry experts note that battery storage is still quite expensive and will remain so over the next few years even with expected price declines.

So, where does the reality of battery system costs align with industry expectations of a battery in every home?

Soleil Lofts in Herriman, Utah, about 20 miles southwest of Salt Lake City, could provide a blueprint for how these industry predictions come to pass. This new 600-unit development was designed with sustainability in mind, particularly to address increasingly poor air quality issues in the Greater Salt Lake City region. The housing complex is a net-zero development and all of Soleil’s apartments include high-efficiency appliances, including a battery storage system.

Every unit at Soleil Lofts comes with a sonnen ecoLinx battery system. The ecoLinx can deliver 8 kilowatts of power and store 20 kilowatt-hours of energy, giving the apartment complex a combined capacity of 12.6 megawatt-hours of energy storage. Each battery is directly connected to a portion of the 5.3 megawatts of solar installed across 26 buildings and parking canopies, maximizing solar self-consumption and allowing the batteries to be recharged during a grid outage. Any solar energy that doesn’t get directly consumed flows to the battery systems for use later on. Each battery system can store enough energy to keep an apartment powered for days, even if the sun isn’t shining.

What makes this project work? It’s not because of electricity rates. At less than 9 cents per kilowatt-hour, Utah residents pay some of the lowest electricity prices in the country. And it’s not due to incentives. Utah does have a state solar tax incentive but nothing for storage. Or cheap batteries – sonnen batteries use a higher-cost lithium-based chemistry with a longer lifetime and less safety concerns than many competitors.

Soleil was made possible due to a unique partnership between the property developer, Wasatch Group; the utility, Rocky Mountain Power; and energy developers, Auric Energy and sonnen. Residents of Soleil enter into a standard lease for their apartment, but the solar and storage systems associated with each unit are owned by Wasatch Group. Rocky Mountain Power pays Wasatch Group for access to the batteries through a long-term contract for demand management, basically discharging the batteries when electricity demand is high or for other grid needs. This contract offsets the cost of the systems. Residents get the benefit of clean, reliable power without the expense and risk of direct ownership.

sonnen’s experience in aggregating small batteries for grid-scale services, known as a virtual power plant, was critical in making the project a reality. While storage-based virtual power plants are still a relatively new concept in the U.S., sonnen has been acting as its own virtual aggregated utility in Germany for years, coordinating more than 10,000 residential battery systems in a peer-to-peer energy network. The battery systems, associated hardware, and battery software performance are all guaranteed by sonnen for 25 years.

Rocky Mountain Power controls how the 5-megawatt virtual power plant will operate when called upon, primarily shifting solar consumption to meet daily evening peaks and discharging when electricity demand is high. Both actions benefit the entire region by reducing the need to fire up expensive fossil-fuel power plants, lowering both greenhouse gas emissions and local emissions impacting air quality. If the batteries perform up to the level anticipated by Rocky Mountain Power, the utility plans to actively push for incorporating more distributed solar and storage resources across the state.

Soleil Lofts is certainly not the first virtual power plant to be deployed in the U.S. or the only case where residents get the resiliency benefits of storage without the upfront cost. It is something new though. Never before has solar and storage been deployed at such scale as a standard part of a new household and valuable tool for the grid all in one package. It could become the new normal for housing developments in regions with forward-thinking utilities or aggressive climate policies.

And, unlike many big project announcements, Soleil is happening now. Resident began moving in last September. The full development is scheduled to be completed by the end of this year.

The potential impact of projects like Soleil, particularly in urban areas, is significant. Imagine outfitting each of New York City Housing Authority’s nearly 200,000 public housing apartment units with a battery system. The result would be a flexible virtual power plant the size of a nuclear facility and clean, reliable backup power for the city’s most vulnerable residents.

In a future where battery storage is just another home appliance, today’s critical appliances – refrigerators, fans, heaters, outlets for charging devices – would be able to keep running even when disasters strike. If deployed at scale, there would be no more need for polluting fossil-fueled power plants in urban neighborhoods. The technology and software to make this a reality exist today, it just takes a few innovators to make it happen.

(For more about the solar and storage installations at Soleil Lofts, see Clean Energy Group’s recent webinar with sonnen and Auric Solar.)

This article was also posted in Renewable Energy World.