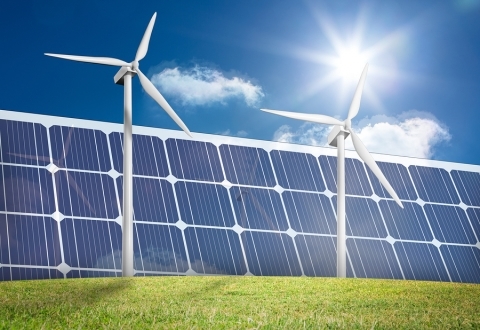 In the wake of President Trump’s decision to withdraw the United States from the Paris Climate Agreement, one thing seems abundantly clear, and that is that the role of states in advancing clean energy becomes even more important. Now more than ever, policies and programs to promote sustainable energy resources will come from the state level.

Although the states are getting a lot of attention now, a focus on clean energy will not be a radical departure for most of them. Both red states and blue states have already made significant commitments to support clean energy technologies and markets. For one thing, 29 states have Renewable Portfolio Standards (RPS), which require utilities to purchase a certain amount of power from designated clean energy sources. In 2015 Hawaii became the first state in the nation to mandate 100 percent renewable energy for electricity by 2045. The California Senate just recently passed a bill (Senate Bill 100) for the same target, 100 percent by 2045. New York’s Clean Energy Standard sets a target of 50 percent renewable energy by 2030.

And it is not just traditionally liberal states that have taken strong action to advance clean energy. Take Texas, for example. This conservative, southern state leads the nation in wind energy, ranking first in installed wind capacity. There are over 22,000 wind jobs in the state. State policy enabled wind power to take off, specifically in connecting generation to consumers via transmission upgrades. In 2005 the state passed legislation directing the public utility commission to create Competitive Renewable Energy Zones (CREZ) for wind generation, and in 2008 the commission identified these zones and accompanying transmission lines. By 2014 the transmission lines had been built. The CREZ policy has also benefitted rural landowners where the turbines are sited, as it has resulted in lease payments and additional income for these landowners. Other states, such as Iowa with its wind energy tax credit, have used different approaches to advance wind energy.

Energy storage is a critical component of clean energy development, and state officials in California have adopted a storage mandate. Under state policy directive, the California Public Utility Commission looked into setting storage targets and then mandated that the state’s three largest utilities procure 1.3 gigawatts of storage capacity by 2020.

These are just examples of the many initiatives states have undertaken to further clean energy. Many  more examples can be found in the 2015 report “Clean Energy Champions: The Importance of State Programs and Policies.” As that report points out, clean energy advancement is really a bipartisan issue: “Elected officials and administrators recognize that clean power confers economic, social, and environmental benefits, and that supporting clean energy development is sound policy that transcends partisan politics.”

The Clean Energy States Alliance (CESA) was formed as a nonprofit, nonpartisan coalition of state agencies, funds and organizations working collaboratively to promote and develop clean energy technologies and markets. CESA provides technical assistance and facilitates information sharing among its members. As states look to continue their impressive progress, they should be aware that they are not alone and that CESA is a resource available to them. Visit www.cesa.org to find out more. May was an exciting month for the U.S.’s emerging offshore wind sector. In Massachusetts, utilities jointly filed a draft proposal for the solicitation of long-term offshore wind contracts, while in Maryland, the Maryland Public Service Commission (PSC) awarded offshore wind renewable energy credits (ORECs) for not one, but two, offshore wind projects. Together, the two state actions represent a commitment to develop 1968 MW of capacity by 2027. Along with the anticipated commitments of other states like New York, these state commitments are assuring a pipeline of sufficient scale to spur local economic development benefits.

Electric utilities National Grid, Eversource Energy, and Unitil submitted a proposal to the Massachusetts Department of Public Utilities (DPU) that included a timeline, method, and provisions for soliciting and executing long-term contracts for offshore wind energy as required by Section 83C of “An Act to Promote Energy Diversity.” Section 83C recognizes the environmental and economic benefits of offshore wind and directs the DPU to weigh both types of benefits. Once the filing with DPU is approved, the utilities will be able to seek bids for 400MW—and possibly up to 800 MW—of offshore wind energy for January 2018 or later. The draft proposal to DPU included a project operation deadline of 2027. Once finalized, this will be the first competitive solicitation for commercial-scale offshore wind in the U.S.; all eyes are on Massachusetts as it designs a timeframe and process that maximizes both the environmental and economic benefits of offshore wind generation.

In a much-awaited decision, the Maryland PSC awarded offshore wind renewable energy credits (ORECs) for not one, but two, offshore wind projects. U.S. Wind and Skipjack Offshore Energy were awarded ORECs to build 368 MW of capacity at $131.93/MWh for twenty years. This is the largest commitment to building offshore wind in the U.S. and positions Maryland as an epicenter of a vibrant new industry. US Wind has plans to be on-line by 2020 and Skipjack plans to be operational late in 2022. The two developers have taken different approaches to development—US Wind plans to build the 248MW project in one go, whereas Skipjack will start small (120 MW) to meet current demand and expand to meet future demand.

While the development approaches are different, both companies will have an impact on the local supply chain. In fact, the Public Service Commission stipulated thirty conditions with the OREC awards. Each developer had until May 25th to notify the PSC whether it would accept the terms of the awards, which include:

Both developers agreed to these conditions.