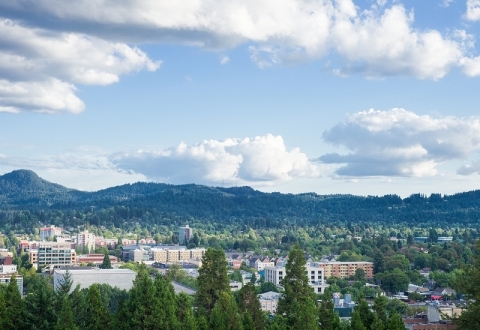 This week, Oregon became the latest state to fund an energy storage demonstration project that will use batteries and PV to power a resilient microgrid. In a joint solicitation with US Department of Energy, the Oregon Department of Energy announced it would award $295,000 in state and federal funds to the Eugene Water & Electric Board (EWEB) for an islandable system that will provide clean, resilient power to three critical facilities: EWEB’s Roosevelt Operation center, Blanton Heights Communications center, and the Willamette 800 Pump Station. The project will combine 500 kW of electric energy storage with solar PV in a microgrid configuration that will provide electricity, water and communications services to customers in case of a grid outage, along with other benefits (such as grid services and renewables integration) during normal operations.

The project is one in a series of joint federal/state demonstration projects brokered by CESA’s Energy Storage Technology Advancement Partnership (ESTAP), a program funded by US DOE Office of Electricity and administered through a contract with Sandia National Laboratories. The ESTAP program previously supported the solar+storage microgrid constructed by Green Mountain Power in Rutland, VT, again with joint funding from US DOE-OE and the Vermont Department of Public Service.  That project was commissioned this year and is generating significant cost savings as well as providing resilient backup power to a nearby public school that serves as an emergency shelter for the community.

Dr. Imre Gyuk, manager of US DOE-OE’s energy storage program, has said of the Oregon grant, “This important project addresses the energy-water nexus by providing emergency backup for both…. It assures reliability by including renewable PV as well as energy storage across three aggregated sites.”

For states and municipalities, the resiliency benefits of energy storage are becoming more important, as extreme weather increases and grid outages become both more frequent and more severe. Just a few years ago, energy storage was seen almost exclusively as a way to integrate variable renewable generation onto the grid. But a series of events has changed this view: Sandy, Irene, and other storms on the east coast, drought and wildfires in the west, the discovery of a looming earthquake known as the Cascadia Subduction in the Pacific Northwest, ice storms and derechos and flooding – the list goes on. Suddenly, providing resilient power to critical facilities has become a high priority, and batteries, in conjunction with solar PV, are becoming the go-to technology to achieve this. Resiliency, therefore, was a high priority for ODOE when it launched its storage solicitation.

But as important as resilient power may be, it is equally important that batteries can provide valuable services during normal operations, when the grid is up and running. This means that economic optimization is a critical part of system design. Technical support from Sandia National Laboratories will help to ensure that the Oregon demonstration project will be both technically and economically optimized; and data from project operations, collected and analyzed by Sandia, will yield important information that will inform the next generation of energy storage projects in the Pacific Northwest and elsewhere.

It is heartening to know that energy storage is no longer the sole province of economic powerhouse states like California and New York. With creativity, courage and a collaborative spirit, smaller states with more modest resources are carving out leadership roles in the energy storage revolution. 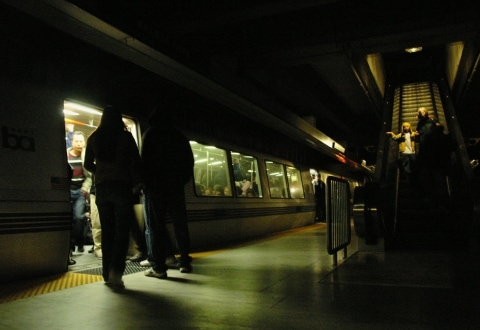 Think power outages are only a problem in the Northeast? Think again.

Sure, two of the largest blackouts in history happened in the Northeast (in 2003 and 1965, counted by the number of people affected and duration). With a dense settlement pattern and major economic hubs, outages in the eastern part of the country tend to affect a lot of people and they get a lot of press. Take, for example, the 30,000 customers that were without power at the end of November in Saratoga County, NY due to a broken transmission pole.

But widespread power outages are not a Northeastern problem alone. In fact, the top 5 states with the most reported outages in 2014 were California, Texas, Michigan, Pennsylvania, and Ohio.

A quick scan of the news reveals that in any given month, hundreds of thousands of people are without power in all parts of the country. For example, in November:

Severe weather was not the only cause of widespread outages last month: 6,100 were without power in Ohio on Thanksgiving due to a blown transformer, and Long Beach, California continues to suffer a string of outages that began in July due to equipment problems, and have affected as many as 30,000 customers at a time.

That power outages are a national problem is no surprise given our country’s aging electrical infrastructure, combined with extreme weather that is increasing in frequency and intensity. For many, these losses of power are far more than an annoyance: The consequences can be life threatening for vulnerable populations such as those with limited resources, the elderly, or those with medical conditions that require access to life-supporting equipment and refrigerated medicines.

In the face of increasingly severe weather and power outages, distributed renewable resources, like solar and wind power generation, will allow for increased grid flexibility and decreased vulnerability to widespread outages. And technologies capable of islanding from the grid, such as energy storage, combined heat and power systems, and microgrids, will support greater resiliency.

Just as power outages are a widespread problem, resilient power programs are being adopted by numerous states, including many outside the Northeast. Florida’s SunSmart E-Shelters program, for example, has installed resilient solar+storage systems in more than 100 schools that serve as public emergency shelters. The California Demonstration of Low-Carbon Microgrids for Critical Facilities is providing funding for four resilient microgrids that will support critical services in Santa Rosa, Blue Lake Rancheria and Walnut Creek. And Oregon has undertaken resilience planning in preparation for a predicted earthquake, is funding a resilient solar+storage demonstration project, and has adopted an energy storage mandate.

These are just a few examples of state-led initiatives to improve energy resilience in all parts of the country. For more information on what states are doing, both in the Northeast and elsewhere, see the Clean Energy Group report, What States Should Do: A Guide to Resilient Power Programs and Policy.

Photo: Power outages on the BART in Balboa Park, California, December 2007. Photo by juicyrai on Flickr. Some rights reserved.