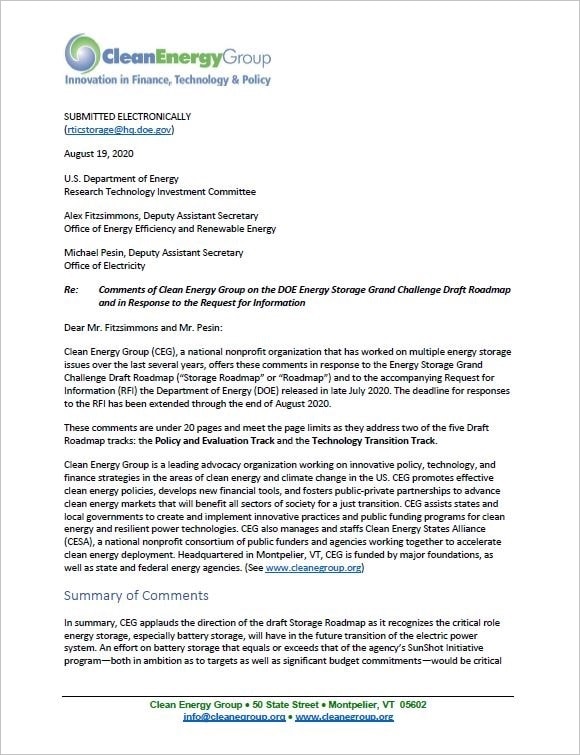 Clean Energy Group submitted comments in response to the Energy Storage Grand Challenge Draft Roadmap (“Storage Roadmap” or “Roadmap”) and to the accompanying Request for Information the Department of Energy released in late July 2020. The deadline for responses to the RFI has been extended through the end of August 2020.

In summary, CEG applauds the direction of the draft Storage Roadmap as it recognizes the critical role energy storage, especially battery storage, will have in the future transition of the electric power system. An effort on battery storage that equals or exceeds that of the agency’s SunShot Initiative program—both in ambition as to targets as well as significant budget commitments— would be critical to achieving the goals outlined in the Roadmap. This Roadmap, if improved along the lines proposed here, would be a sound starting point for new federal policy over the next several years.